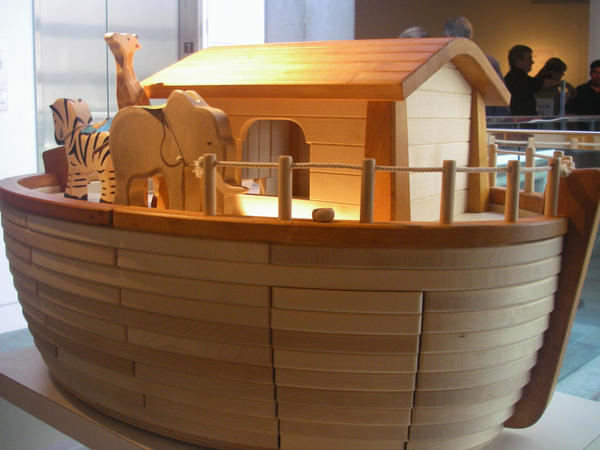 Each one of us has one or more “idols” in the Bible. People that we admire, such as Jesus, Daniel, or Paul (probably one of the most popular ones). But these few years, I have grown my admiration to Noah. Now I rarely hear people actually admire Noah. I mean, yes, we know his story and we’ve heard countless of sermons on him too.

But personally, how far do you know his struggles and admire him for it?

Please don’t take my words literally, because obviously we have to admire Jesus and Jesus only as a Christian. However, there is nothing wrong in admiring and following a good example of another fellow Christian.

Okay, in case you didn’t go to Sunday School or have forgotten his story, feel free to read Genesis 6 and Genesis 7 (and it’s a good idea to re-read it, even if you already know about his story in detail).

Why I admire Noah

I believe every Christian has this struggle. To hear the voice of the Lord. To find out what He wants and what His will is for you. There was no record that Noah struggled, was fasting, or prayed hard to find out whether it was really God who wanted him to build the ark. How close are you to God that you know that it is His voice that speaks to you? And after years of struggle where things don’t seem to go well, are you still certain that it was the voice of the Lord?

[2] He did all that God commanded him to

Even when you know it was God and what He wants from you, how easy is it to follow Him? What if He asks you to do something so hard that it makes you struggle every day just thinking about it? You may think that if you are really close to God, then you shouldn’t have any problems whatsoever following His will. Well, yes and no. At first, you may find it easy. Along the way, God feels silent which leaves only your faith and conviction. What then? You doubt, you stumble, and you give up along the way (and we’ve seen many examples of this in the Bible and probably our own struggles in life).

But look at what the Bible recorded about Noah:

Genesis 6:22 – Noah did this; he did all that God commanded him.

Genesis 7:5 – And Noah did all that the Lord had commanded him.

You see, no rain ever came before in the era where he lived in. So pretty much he had to believe in something vague and unimaginable. And how about that God wanted to make an end to the world? To wipe out every single being on earth that He Himself has created? How could you believe in something like that? You’d probably think “This must be the voice of the devil!” or possibly your own twisted conscience.

[4] He struggled for years and years and obeyed God still

It wasn’t clear how long Noah had to build the ark and how old was he when God commanded him to. The Bible recorded:

Genesis 7:6 – Noah was six hundred years old when the flood of waters came upon the earth

So it wasn’t really clear but it was somewhere between the age of 500-600. Now obviously, building an ark that big (that can fit all sort of animals, etc) would take ages. Not to mention that they wouldn’t have all sort of powerful and modern tools as we all have today. It must have been years and years.

Assuming no one believed in Noah about the upcoming end of the world, then it was only his family who were building the ark (and surely the animals weren’t helping like what you see in the “Evan Almighty” movie!).

I’m sure most people thought that he was crazy. His family believed in him til the end or at least, the Bible would have recorded if they didn’t. Believing and following God’s will is one thing. But having someone closest to you and friends who support you to do God’s will does not happen very often in life. If you do find them, cherish them with everything you’ve got. For they truly are your best friends.

At times, you’d have to juggle between hearing human’s wisdom and God’s wisdom. Even when you believe that you are following God’s will, your closest friends may make you doubt and bring you down with their words. Mostly, they mean good (like Abraham’s wife, Sara) but only you yourself can understand the struggle. I don’t know what Noah did to keep the family together and not falling apart from years and years. And I certainly want to have a family like that in the future.

There are possibly other things that you can learn from Noah but for me, it’s that years of struggle trying to do what God wants from you in life; believing and doing His will even when it’s hard and even when it is unclear why, at times. God didn’t seem to tell Noah a few times (again, based on what was recorded in Genesis) or trying to convince him every year. It was just pure faith. Plain and simple. In fact, if you read through some of the stories in the Bible, God often spoke once and man (or woman) had to obey in faith to the very end.

I’ve learned a lot about Noah and Abraham these past few years and though I don’t want to discuss about Abraham in this post, I often find people mock him too much for going astray from the Will of God. Hey, it wasn’t easy and it never will. However, if your heart is really pure, if you really love God, and if you have supportive loved ones to keep you in the Will of God, nothing can stop you. Not even the devil nor your flesh.

A tree in the midst of storm

There are times when we are deeply troubled and pondered whether our convictions in God's plan were fake, were shrouded...