In the last part (Part 4), I will discuss about the “WHAT” factor – What if we are still unsure? Especially for major decisions, it is imperative for us to really know that it is the voice of God’s. Following our “intuition” is going to cost us grief in the future if we are not in tune with God’s will.

Then I’ll close it with the “WHEN AND WHERE” – when you feel God is silent or just doesn’t care with what you are going through at the moment. Or when you just can’t seem to hear His voice or answers to your prayers.

END_OF_DOCUMENT_TOKEN_TO_BE_REPLACED 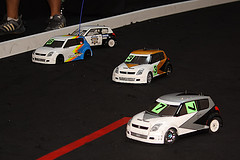 END_OF_DOCUMENT_TOKEN_TO_BE_REPLACED

Fire up your prayer’s life (Introduction) : Why We Pray

There a few sermon series in my church recently every Sunday about Prayer: Why we should pray? How do we pray? What are the obstacles in praying?

This is the introduction of the first in the series.